Angelic Herald: Quaking of the System

Trumpet Blast: The Casting of crowns

Mu Arae (Ara) is 242 light years from earth. I have quite a few clients from this star system, and it is so beautiful. There are a few planets in Ara, on them there are a few races of beings of different appearances. Blue humanoids of sparkling skin tone. They have an iridescence to their skin. Then, in the other planets are people of a natural pink earthly tone from their climate and environment, others who are skeletal looking. Not as attractive, but interesting. They are not friendly looking, but they are friendly. They get a bad wrap for their look, but really are gentle. But the ones I have worked with mainly are the blue toned people.
These are kind, loving,and protective people of their home and of one another, but they are super wise, and do have warrior like tendencies. They have a planetary shield that their highly technological world produces and engineers from pure sound vibration. The vibration is so high that the frequency creates a bubble of sound around the atmosphere to protect it from highly magnetic clouds and asteroids. It absorbs pollution too. Something earthlings should have made for our planet, but instead used a similar concept to imprison souls here, and it has not pollution cleansing properties like back in Ara. They say it is a myth, but it is not. The truth is, the people here are trying to hide it. It was known as the Alter constellation, offering of the Gods. But it is not an alter, it is actually a  pi symbol they just did not connect the starts right. Some of the stars they added from earth are too far away to be a part of the system. They knew their mistake and so they claimed it was a myth altogether. 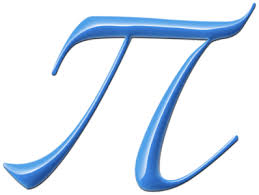