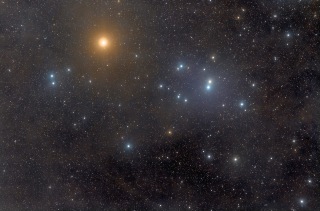 Loving hugs, and sweet serenity, to you, the reader… I just put up a video last week,  Called True Starseed Souls, on all of the starseed places of origin. Well, with all of the stars systems, and galaxies in the Universe, not all. But, definitely a lot of them compared to what others have done. I had many reactions to the video, mostly positive, as many have faith in me, and never really question anything I say. But there was a few who were confused. One had mentioned that they never even heard of those places and were not sure. This is understandable. With all of the deception out there, how could they just forget the lies they were told already, to embrace a deeper truth?
Not long after the video was up, a popular spiritual teacher contacted me. She told me ” You know you are exposing too much. The traits online are aligned with the zodiac, but it  was to help outcasts feel like they belonged to something. To make them focus on a new idealism, instead of what is going on for real in the world.. why do you want to take that from them?” I told her, “I don’t want to take anything away from anyone, I want them to feel special, and a part of something greater than themselves, from the light within themselves. But to do that, people need real guidance and truth, Not to be lied to, to make them feel special. They need to know what is real”. I even told her how wrong it was to mislead the soul as she was doing, that the soul is forever and with her lying to people, she would have a price to pay later on, and people would find out. This upset her, and she threatened me,  I get that I ruined a lot of people’s plans for their acting and lying in spirituality, but spirituality is not supposed to be acting, or lying. It is a way, a truth, and a guiding light, and for the people in this world to have that, they have to not be deceived. So I had a lot of good reactions to the video . Many were happy to have it, and some who were involved in the false reality buildling, were mad. But I do not care, because I love people and they deserve to know. Just because the word “Spiritual or metaphysical” is involved, does not mean it is true. I want people to grow, and lies do not bring growth heaven knows this.